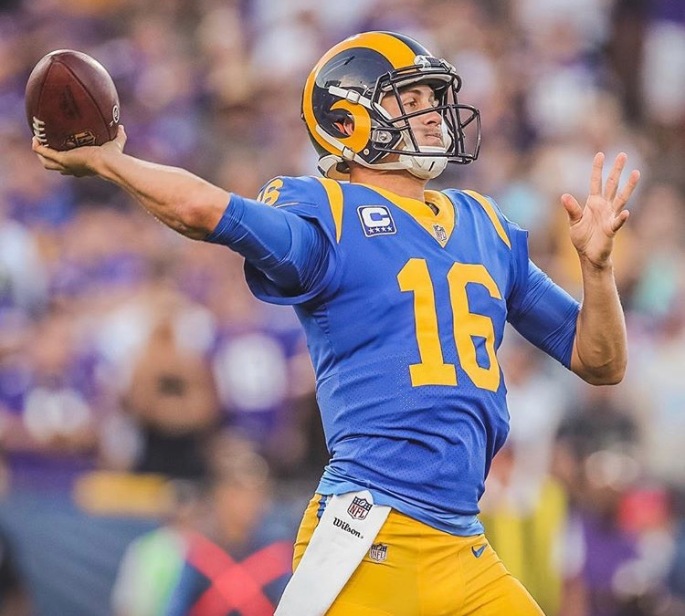 The Rams once again find themselves at the top of the power rankings, and rightfully so. They are clearly the best team in football at the moment. They took on the Vikings Week 4 on Thursday and it was a hell of a game. I wrote an article on the game, so I won’t recap here. To read the article click here. This week they take on a Seattle team who severely lacks offensive fire-power and a defense who just lost its best player, Earl Thomas. I expect another high-scoring effort from this offense and a more dominant performance from the defense. 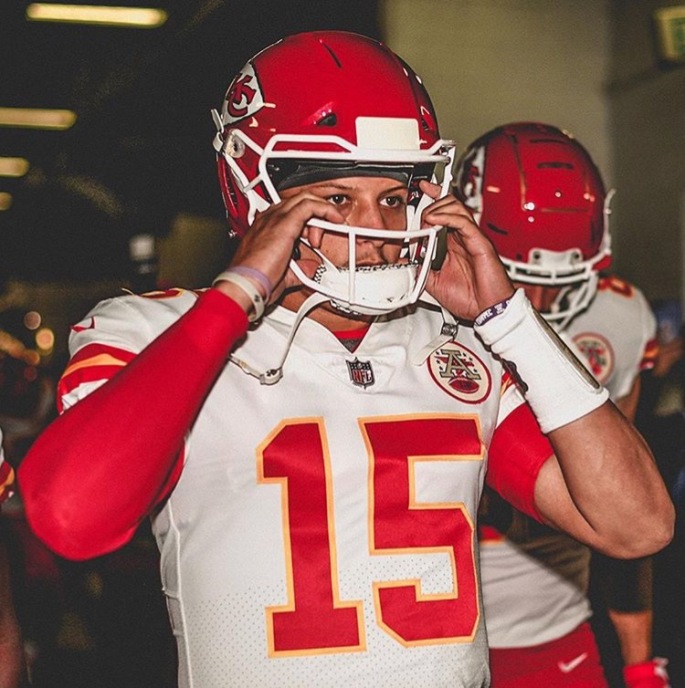 The Chiefs also retain their spot on the rankings at #2. Last night they took on the Denver Broncos in Denver and it was a test for rookie QB Patrick Mahomes. Mahomes was pressured all night, in a hard place to play, in a divisional game and still threw 304 yards and 1 TD (along with 1 rushing TD). Late in the fourth quarter on a pivotal 3rd down trialing by 3, Mahomes was forced to scramble to his left by Von Miller, Mahomes ran left and switched the ball from his right hand to his left hand and threw a shovel pass to Hill to pick up the first. It was an extremely impressive play. The defense is still bad, but this offense is good enough to keep the team going. Week 5 will be the biggest test for Mahomes so far as he will take on the Jaguars and their great defense. 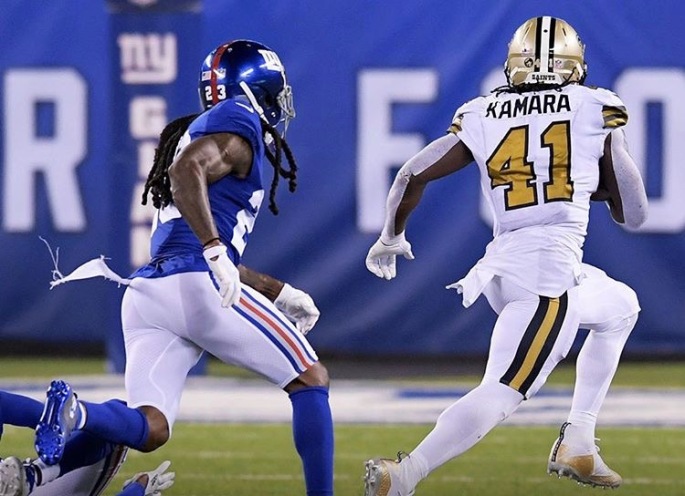 The Saints started off the season a bit underwhelming, with a loss to the Bucs and a narrow victory over the Browns, but have since turned it around with wins over the Falcons and the Giants. Week 4 against NY, Drew Brees had 217 yards and no TDs, that’s mainly because Alvin Kamara was carrying the offensive load. Kamara had 181 total yards and 3 rushing TDs. The breakout star from last year doesn’t seem to be slowing down anytime soon. Michael Thomas has been one of the best and most reliable receivers in the game this year. Last week he had a quiet game, with only 47 yards, but he caught all 4 of his targets. The Saints are another team with a questionable defense, but their explosive offense bails them out. This week they will take on the Washington Redskins who are a solid team, but I expect the Saints to take the win at home. 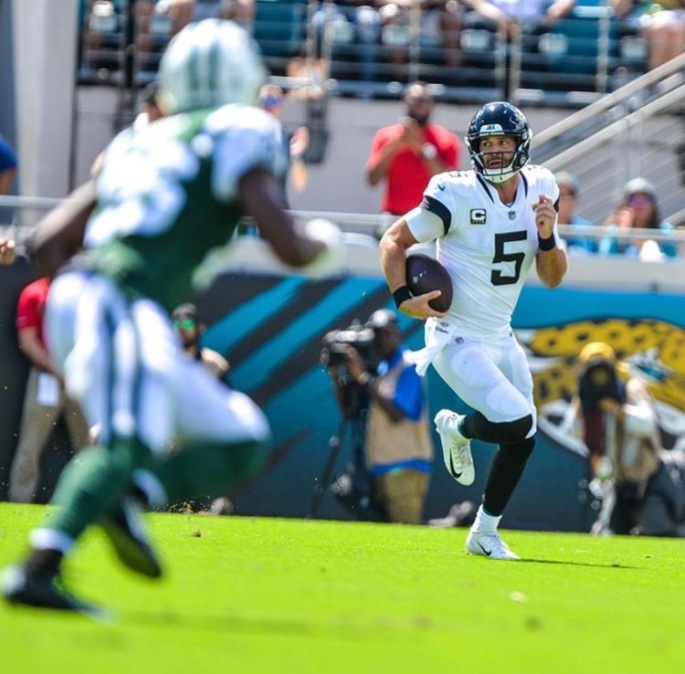 The Jaguars offense worries me, but when they’re clicking like they did against the Jets last week, they are definitely a top team in the league. Blake “The BOAT” Bortles had a good game, going 29/38 for 388 yards, 2 TDs, 1 INT and picking up 28 rushing yards. TJ Yeldon picked up 100 total yards and 2 total TDs, and Leonard Fournette rushed for 30 yards coming off a hamstring injury. Dede Westbrook had a great game with 9 catches for 130 yards, and Donte Moncrief was also very good with 5 catches for 109 yards and 1 TD. The Jags defense is one the league’s strongest units, but they can only do so much. The offense will have to keep up the good play to continue winning.  This week the defense will have a test against the high-powered Chiefs offense, while the Jags offense should have another chance for a big game against the Chiefs weak defense. 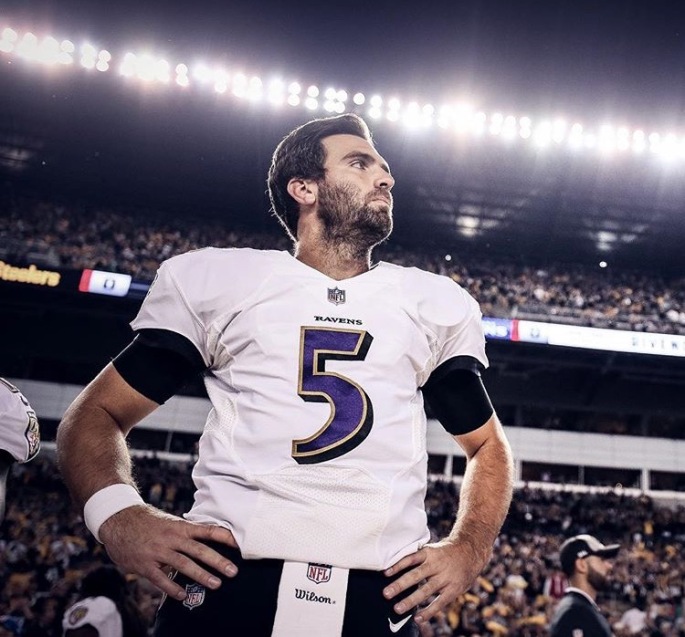 The Ravens have been a pleasant surprise this year so far. Their defense has been solid, allowing no more than 14 points in all their games besides their only loss to the Bengals in which they allowed 23 points. The offense has been the main surprise of the team. Joe Flacco, who has been solid, threw for 363 yards and 2 TDs in their 26-14 win over the Steelers.  The Ravens also have a solid group of receivers, with John Brown, Michael Crabtree and Willie Snead. In the game last week, Brown had 3 catches for 116 yards. The running game has also been solid with the RB duo of Alex Collins and Javorius Allen, who had 45 and 47 total yards respectively.  This week they will travel to Cleveland to take on the Baker Mayfield and the Browns. 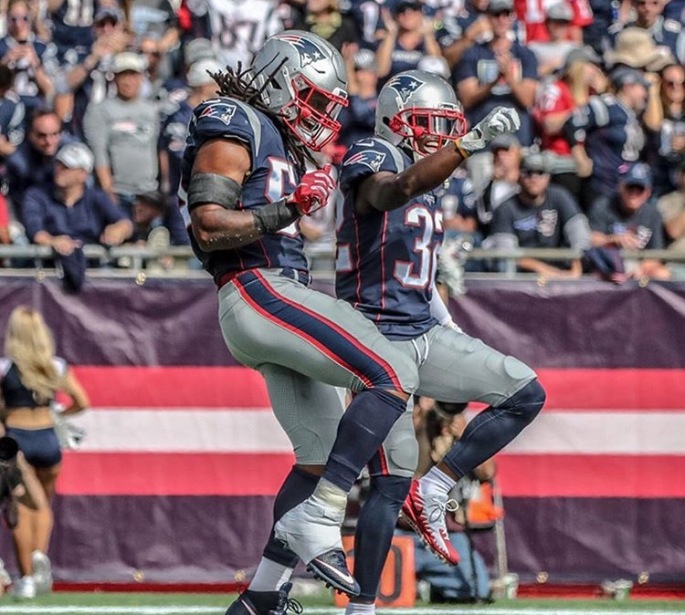 Honestly is anyone surprised about this? I said on my last power rankings that the game against the Dolphins would be a telling game for both teams. A lot of people were doubting the Patriots after a bad start and were hype on the Dolphins after a hot start. Regardless the Patriots slaughtered them 38-7. TB12 was 23/35 for 274 yards, 3 TDs and 2 INTs. The running game was a surprise for the Pats, rookie RB out of Georgia Sony Michel rushed 25 times for 112 yards and 1 TD. James White also tacked on 44 rushing yards and led the team in receiving yards with 68 and 1 TD. The Patriots defense was also solid picking off Tannehill and forcing and recovering a fumble. This week the Patriots get their best WR back, Julian Edelman. This will hopefully open the field for Rob Gronkowski who has been sub par this year. Josh Gordon will also get it going the more games he plays as he gets used to his new team. This week they take on the Colts on Thursday in Foxboro and I expect an easy win for Brady and co. 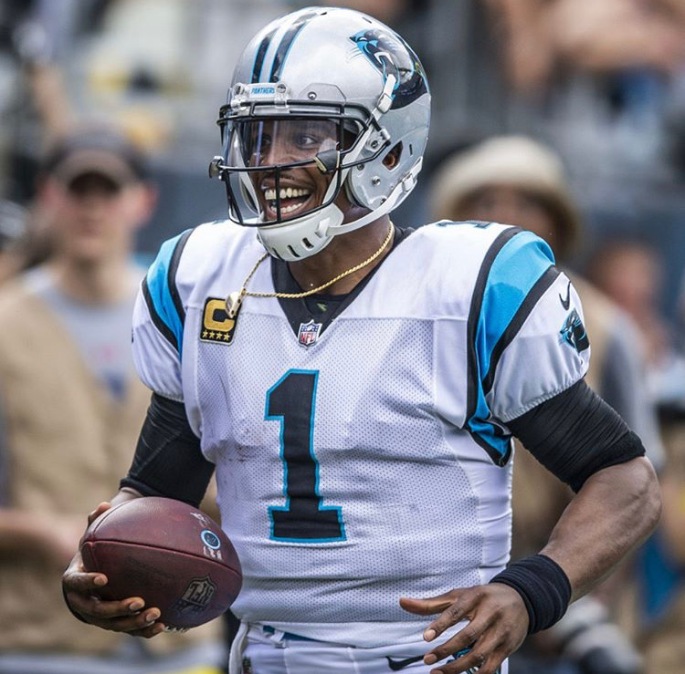 The Panther had a BYE last week, but I like them in this spot. They have looked like a solid team throughout the 3 games they have played, even the loss to the Falcons.  Through the first 3 games Cam Newton has 646 yards, 5 TDs and 1 INT. Christian McCaffery has been one of the best dual threat RBs in the league, maybe only behind Alvin Kamara. They also have a good group of pass catchers which includes Devin Funchess, Greg Olsen, Torrey Smith and DJ Moore. This week they will get the debut of rookie WR Curtis Samuel, which will only strengthen this group. The defense is also pretty solid for Carolina, as it usually is. This week they will take on the 1-3 New York Giants at home. 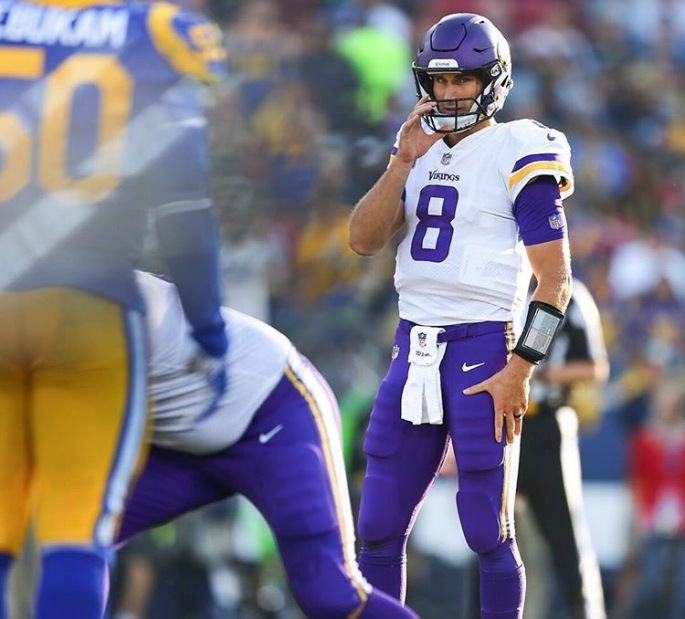 The record really doesn’t reflect this team. Yes, they are fresh off a loss to the Rams, but that’s just because the Rams are the best team in the league. The defense of the Vikings, which has been suspect since last year’s NFC Championship, got picked apart by Jared Goff but the Vikings offense was as good as you can ask. Kirk Cousins was 36/50 for 422 yards and 3 TDs. He had a great game and usually 31 points is enough to get the win. The rushing game still wasn’t there for the Vikings as lead back Dalvin Cook is still affected by a hamstring injury. Cook rushed 10 times for 20 yards, Cousins actually led the team in rushing yards with 28. Adam Thielen and Stefon Diggs had another great game with 135 yards, 1 TD and 123 yards respectively. I put this team here because I believe they are a good team despite their record and they will have to show us they are this week as they head to Lincoln Financial Field to take on the Eagles and avenge the ugly loss suffered in Philly in the NFC Championship last year. 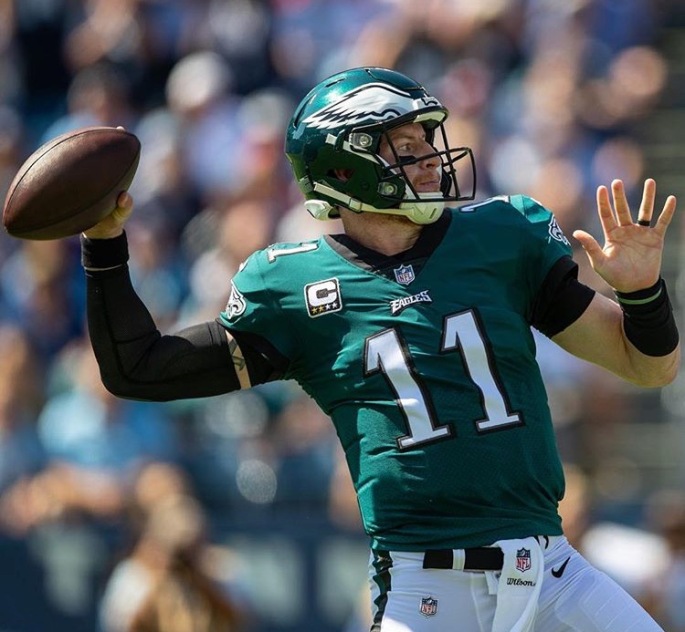 I know they had a rough start to the year and are fresh off a horrible loss to the Titans, but bear with me. Carson Wentz looks great, he has 603 yards, 3 TD and 1 INT in his 2 games back this year. Alshon Jefferey looked sharp in his return  against the Titans last week with 8 catches for 105 yards and 1 TD, not to mention bullying Malcolm Butler twice.  Zach Ertz is a top TE in the league and had 112 yards Sunday. The Eagles run game still isn’t all there, Darren Sproles and Corey Clement did not play last week and Jay Ajayi did play, but with a small fracture in his back. The O-Line hasn’t been great this year so far but I expect that to change. This offense is still getting in the groove of things because of injuries, but when they get it together they will be good. The defense has a lot of things to fix, more than I can talk about, you can read my article on last week’s loss to the Titans here. This week they will take on the Vikings at home, looking for a repeat performance of last year’s NFC Championship. 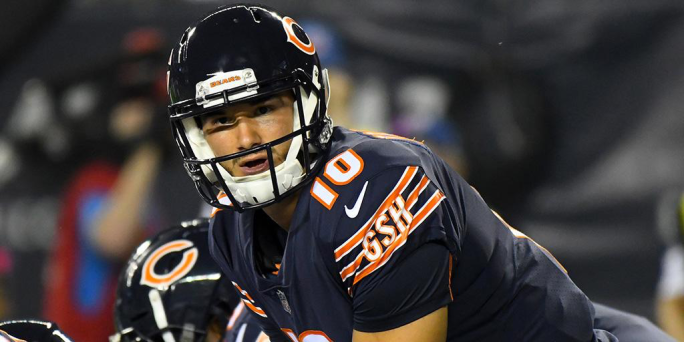 The Bears defense has been rolling so far this season, Khalil Mack is the favorite for DPOY and rightfully so, but this week against the Bucs the offense showed up to play in a BIG way. Mitchell Trubisky went OFF and was 19/26 for 354 yards and 6 TDs, 5 in the first half. He also was tied for leading the team in rushing yards with 53. Tarik Cohen rushed for 53 yards and had a team high 121 receiving yards and added on a TD. Taylor Gabriel had 102 yards and 2 TDs and offseason addition TE Trey Burton had 86 yards and 1 TD. The Bears defense also held the Bucs to just 10 points, whose previous lowest amount scored was 21. This week the Bears hit the road to take on the Dolphins.