College football is officially underway in its opening weekend after #21 ranked UCF, Texas A&M, Oklahoma St, and Utah all secured wins against their lesser opponents. These last three teams on that list are among the best non-ranked teams in the AP FBS college football rankings in the preseason with 21, 51, and 61 votes respectively. But which team received the most votes that were left off the official preseason rankings? My University of South Carolina Gamecocks.

The Gamecocks finished last season with a 9-4 record, ending the season on a high note with a 26-19 victory over Michigan in which quarterback Jake Bentley went 19/32 with 239 yards and 2 touchdowns and linebacker TJ Brunson finished with 9 tackles including sacking now-UCLA quarterback Wilton Speight twice. The Gamecocks are looking to build upon last season with a team returning many key contributors. The loss of tight end Hayden Hurst (Baltimore Ravens), linebacker Skai Moore (Indianapolis Colts), and defensive lineman Taylor Stallworth hurts a lot, but thanks to two redshirt seniors, the team is primed to not miss a beat. 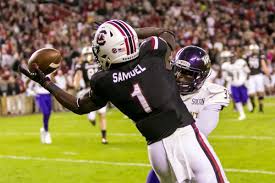 Back is do-it-all receiver Deebo Samuel who was in the Heisman conversation before breaking his leg in Week 3 against Kentucky. In just 2 3/4 games, Samuel tied for the team lead in touchdowns (6; 3 receiving, 2 returns, and 1 rushing) with 15 catches for 250 yards (16.7 YPC) and 158 yards of total offense per game. Word in camp is that Deebo is looking strong and healthy. Jon Ledyard, a Senior NFL Draft Analyst and Chief Operating Officer for the Draft Network, has Samuel as the 9th overall prospect for the upcoming draft, and Houston Nutt from CBS Sports has the redshirt senior at number three in his Heisman rankings. Paired alongside junior Bryan Edwards who led the team in receptions and receiving yards (64/793 with 5 touchdowns) and sophomores Ortre Smith and Shi Smith, the Gamecock receiving core will be hard for opposing teams to handle.

Coming back to the defensive side of the ball is defensive captain linebacker Bryson Allen-Williams after suffering a season-ending shoulder injury also against Kentucky last season. In less than three games, Allen-Williams logged 10 tackles, 2 sacks, and an interception. The redshirt senior will look to fill the Skai Moore-sized gap in the middle of the defense next to junior linebacker TJ Brunson, who also had a tremendous season last year with 88 tackles, 4.5 tackles for loss, 2 sacks, and 3 fumble recoveries. These two have the ability to be one of the best linebacker duos in the SEC East this season. A name to watch for the third linebacker spot is sophomore Sherrod Greene who totaled 22 tackles in limited action last season.

The loss of Taylor Stallworth hurts the defensive line without question, but the return of juniors DJ Wonnum and Javon Kinlaw alleviates the less ever so slightly. As a defensive end, DJ Wonnum can put consistent pressure on the quarterback ending last year with 57 tackles, 13 tackles for loss, and 6 sacks. A permanent team captain, Wonnum won SEC Defensive Lineman of the Week awards twice for his efforts against Tennessee and Arkansas. Defensive tackle Kinlaw finished last year’s campaign with 20 tackles (2 for loss), 3 pass breakups, 2 fumble recoveries, a forced fumble, and a blocked kick with the ability to use his 6’6, 305 pound frame to clog up running lanes for opposing running backs. 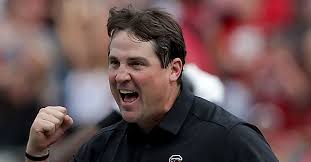 The Gamecocks have a plethora of defensive backs to choose from after losing both Jamarcus King and Chris Lammons to graduation. Atop this list to choose from is graduate transfer Nick Harvey from Texas A&M and returning seniors Rashad Fenton and Steven Montac. Last season, Fenton logged 48 tackles, 1 interception, and 8 pass breakups, while Montac had 3 interceptions and a forced fumble. Also figured to be in the cornerback rotation are graduate transfer JT Ibe from Rice and redshirt sophomore Jaylan Foster who recorded 45 tackles and 5 interceptions on his way to Big South Freshman of the Year for Gardner-Webb in 2016. The secondary was a weakness last season, so Will Muschamp and his staff must make it a strength for the Gamecocks to live up to their high expectations this season.

And now Jake Bentley. The junior quarterback posted 2,794 passing yards and 18 touchdowns with a 62.2% completion percentage. Bentley also threw 12 interceptions in 13 games. The junior was one of the most inconsistent quarterbacks in the SEC last season, but for the first three games of the year, NFL analysts had him as a possible draft pick come April. What changed? Deebo Samuel’s injury. Prior to the star receiver’s injury, Bentley compiled 706 yards on 63.4% and 6 TD’s, one-third of his total touchdowns on the season. Bentley may have lost his safety blanket in Hayden Hurst, but he is getting back Deebo Samuel, Bryan Edwards, and more experienced Ortre and Shi Smith. Also returning are all three running backs who received significant playing time last season in junior Rico Dowdle who missed 5 games last season, redshirt sophomore AJ Turner, and redshirt junior Ty’Son Williams. Together the three accumulated 1,253 yards on 259 carries (4.84 yards per carry), and 8 touchdowns. Between the three of them, Jake Bentley should see less pressure and more opportunities for play-action passes.

Analysts have South Carolina going 9-3 with losses to Georgia, Florida, and Clemson. Luckily for South Carolina, they play Georgia at home in Week 2, so it is not entirely out of the question for the Gamecocks to pull out an upset against the number 3 overall team. Gone are Nick Chubb and Sony Michel who racked up over 200 yards of total offense against the team last season. For the Cocks to win this game, they must contain sophomore running back and Heisman candidate D’Andre Swift and make sophomore quarterback Jake Fromm uncomfortable in the pocket without Chubb, Michel, and current Bears wide receiver Javon Wims. The Florida matchup is a toss up as the game is in Gainesville, but Florida was not good last season with a record of 4-7, 3-3 at home. Who knows? Best case scenario is the Gamecocks entering Clemson’s “Death Valley” undefeated in the final game of the regular season. All I know is that the Cocks will be ranked by the time the season is over.

The South Carolina Gamecocks kick off their season tomorrow at noon against the Coastal Carolina Chanticleers.