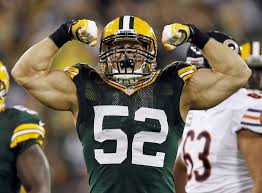 Matthews is the heart and soul of the Packers defense. His hardnosed play is a perfect complement to the powerful Packers offense and makes them real playoff threats. Clay looks to return to his previous Pro Bowl form as his last two seasons have been somewhat lackluster. If Clay can stay healthy and the Packers use a 3-4 defense I predict that Matthews will be a Pro Bowler this year

Bradham was one of the best signings the Eagles made to sure up their defense. His tenacity on the field instantly gave confidence to a usually underwhelming defense. With Bradham the Eagles had one of the best defenses in the league which allowed them to beat the Patriots in the Super Bowl. Bradham looks to continue his success on the field and help repeat their success.

This young linebacker has the potential to be one of the best in the game very soon. He is one of the fastest players on the defensive side of the ball and is in every tackle. He is very fortunate to be on a very special defense for the Jaguars where he can truly shine. Jack and the Jags were minutes away from a Super Bowl appearance but fell short, this year I think they will be in a similar position to get to the big stage. 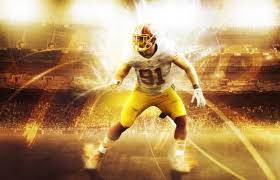 Kerrigan is one of the most forgotten linebackers in this league. He is a very dangerous pass rusher but is on one of the worst teams in the league. This 3x Pro Bowler continues to intimidate the opposing QB which will guarantee his place on the upcoming Pro Bowl team.

Von Miller is by far the best overall linebacker in the league today. He is a vicious tackler and a fantastic edge rusher. This year he was ranked 9th on the NFL top 100 list and it truly shows just how dominant he is. The Broncos are in a good place to contend for a possible playoff spot and Miller’s performance will be the telling factor for their playoff hopes.